Life of British Expats after Brexit 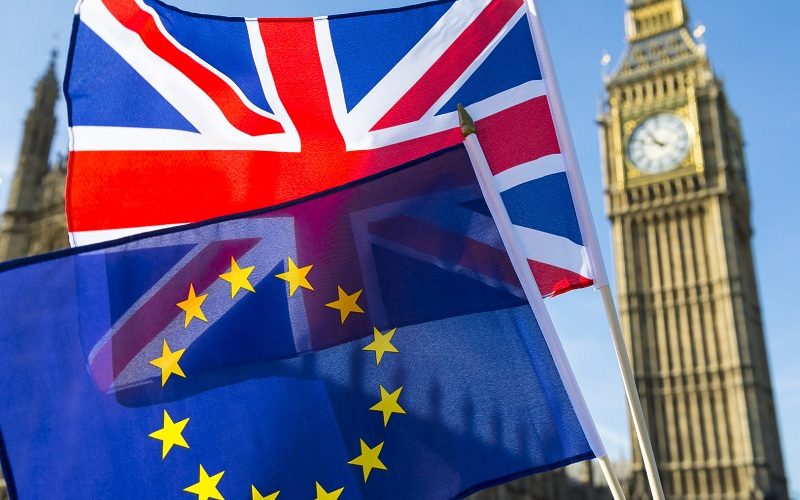 1. How many UK citizens live in Cyprus?

According to a 2018 census, the total number of foreign nationals living in Cyprus was 155,600 (meaning approximately 18% of the total population living in the areas under the control of the Republic of Cyprus), of which approximately 16% (25,000) were UK nationals.

These figures are definitely underestimated. That is mainly due to the fact that a large number of European citizens, including Britons, who own a house in Cyprus, had not applied for a certificate of permanent residence.

Statistics by the Cyprus Ministry of Finance state that approximately 60,000 – 90,000 UK citizens live permanently in Cyprus with 30,000 – 40,000 of them living in the district of Paphos (mostly residing in Pegeia, Polis Chrysochous, Tala, etc). We should also add the military personnel and their families residing in the Akrotiri and Dhekelia Sovereign Bases, amounting to a further 15,000 people.

As expected, more than 80% of the those who applied for permanent residence are pensioners aged over 60.

The United Kingdom’s withdrawal from the European Union on 31 January 2020, will undoubtedly lead to a revision of the relationship between Cyprus and the United Kingdom. It is wrongly believed that because Cyprus is a member of the Commonwealth of Nations, it will have a different course than the rest of the EU member states.

Issues regarding the movement of goods, persons, services, and capital (“The Four Freedoms”) are exclusively regulated at the level of European institutions and not at the level of independent states.

One of the main reasons for the United Kingdom’s decision to leave the European Union was the need to stop the continuous flow of economic migrants from poorer countries, largely originating from Eastern Europe, but also the flow of asylum seekers from third countries, something which a large part of Britons believed they constituted a danger to the cohesion of British society.

If fear for migrant flows leads to a hard Brexit, then it is certain that the Britons wishing to migrate to the sunny countries of northern Europe in the future will face bureaucracy, restrictions and maybe economic criteria similar to the ones they would have faced if they had chosen Southeast Asia or the Caribbean.

In any case, the European Union will operate based on the reciprocity principle, placing pressure for a soft Brexit that will have a limited impact on the benefits of the 3.7 million European citizens who live in the UK.

2.1. Procedures to Get Residence Permit

To understand the form of the relationship that the United Kingdom will have with the European Union, we must begin by examining the Withdrawal Agreement, which was passed by the House of Commons on 20 December 2019. This agreement provides for a transition period until 31 December 2020, which may be prolonged if requested by the UK Government until the end of 2021 or 2022.

For the time being, the only thing that is being regulated on the basis of this document in relation to the movement of people is that procedures for issuing visas for short visits between the EU and the UK will be set aside. This will concern leisure trips lasting less than a month, and it is also expected that some special arrangements will be made for students.

Even though the current legal framework as is expressed in the bilateral international agreements is still vague, we can draw some safe conclusions.

Initially, what we expect regarding British expats who are already residing in other countries of the European Union is that they will be given a sufficient period of time to submit their application for permanent residence. This will also be the case for Britons who will move to Cyprus in 2020 and maybe also in 2021.

2.2. What is the provision for Britons already residing in Cyprus?

As of October 2019, the governments of Spain, Portugal, Cyprus, and Malta have already announced the necessary procedures for acquiring permanent residence in the event of the United Kingdom withdrawing without an agreement from the European Union.

Specifically, in Cyprus, three procedures were announced for which an application could be submitted by 31-12-2019:

After the parliamentary elections in December 2019 in the UK, and being aware that the United Kingdom will have an organized withdrawal from the European Union with an agreement in place, it must be expected that there will be an extension until at least 31-12-2020, so that all British expats wishing to continue living in Cyprus will have the time to submit their applications.

3. The future relationship between Cyprus and the United Kingdom

There is still, however, the complex question about the challenges any UK nationals are going to face if they wish to move to Cyprus after the country’s irrevocable withdrawal from the European Union.

This depends to a large extent on the more general form of the future relationship between the EU and the UK.

The much-advertised soft or hard Brexit, in fact, constitutes an oversimplification of the question on the integration model the UK wants to have with the EU. Even though the British model will have its particularities due to the issue of Northern Ireland, we must expect that a model similar to the following ones will be adopted:

In the parenthesis, next to each model we note the multinational organization in which the countries are active and the agreements which are currently in force in Europe.

This model has been adopted by three European countries, Norway, Iceland, and Liechtenstein. These counties chose to enjoy the benefits of the EU common market and have fully harmonized their legislation regarding the free movement of people, goods, services, and capital.

Their differences with the EU member states are that they do not participate in the European institutions and have made no commitment to further political consolidation (for example establishment of common fiscal, monetary, defense and foreign policy).

Regarding free movement of people, with the adoption of the Norwegian model, UK residents will have the ability to come to Cyprus to live permanently, to work and to study but simply for security reasons, after a specific period of time from the date of their first arrival to Cyprus, they will have to register at their nearest police station in order to receive their Alien Registration Card (ARC) and their Registration Certificate (a version similar to that of MEU1).

British pensioners will be able to move to Cyprus provided they prove sufficient income to support themselves and their family. Even though we are unable to know exactly what these financial preconditions will be, we may draw some conclusions by studying the current permanent residency programs for third-country nationals living in Cyprus.

Most probably, the applicant will have to prove that he/she has an annual income of at least €30,000 – €35,000 for himself/herself and additionally, an annual income of €5,000 – €10,000 for any dependent member of his/her family. This income must come from abroad and not from investments in Cyprus, and may come from a pension, rent, interest, dividends, etc.

Moreover, an additional criterion that applicants might be asked to provide would be a banknote for €20.000 – €40.000 that will be deposited at a Cypriot bank, and which will be frozen for at least three years. It must also be proven that this money was transferred to Cyprus from abroad.

Finally, it is certain that all Britons will be asked to have medical insurance. Regarding this issue we are expecting that one of the following procedures will be necessary:

Employees from the UK

If the Norwegian model comes into force, employees will have to register with the police authorities as employees, presenting all necessary documents, something that will permit them to also bring their families to Cyprus.

For job seekers, they will most probably be allowed to stay in Cyprus for up to six months to seek employment and to carry out the relevant interviews. For those who are fired or have resigned but who have worked in Cyprus for at least a year then they will have the right to seek employment and carry out the relevant interviews to find a job.

The Swiss model has important differences from the Norwegian one and is exclusively implemented by Switzerland.

Based on this model, the United Kingdom will have the ability to participate in the common market under the precondition that it will harmonize its legislation with that of the European Union, regarding the four freedoms.

Through bilateral agreements, Switzerland has chosen to fully harmonize its legislation regarding the movement of goods and services. Despite this, however, it has adopted a much stricter legal framework regarding the free movement of people and capitals. As a rich country, Switzerland wants to raise serious obstacles to those European citizens wishing to move there and enjoy the benefits of high salaries and high allowances of its social state.

In case this model is adopted, then Cyprus must expect that all Britons coming to Cyprus will have to register with the local authorities for foreign nationals or anywhere else the state will decide (for example police stations) within a short period of time from the date they enter Cyprus (10-15 days) so that their presence in Cyprus will be made known.

For those wishing to live permanently in Cyprus and if this model is adopted, then after a period of 3-6 months they will have to submit a request for the residence permit to the local authorities for foreign nationals (a procedure similar to that of MEU3).

At this stage, it is impossible to know the form of this procedure, but it must be taken for granted that the same economic criteria described in the Norwegian model will also be applied while additionally a clean criminal record will be required.It is understood that pensioners will have to present evidence that they do not work in Cyprus.

Moreover, just like the Norwegian model, medical insurance will also be required.

This is the most remote scenario of all, and it must be taken for granted that it will not be implemented in this radical form.

On the basis of this scenario, the United Kingdom will exclusively participate in a European Customs Union. This, in practice, means that from the four freedoms only the free movement of goods will be implemented.

On the basis of this scenario, residents of the United Kingdom who want to move to Cyprus will have to go through all bureaucratic procedures needed for third-country nationals.

In the extreme case that things a negative turn, and a model of cooperation with the European Union is adopted which will considerably limit the ability to move to Cyprus, the Republic of Cyprus provides the ability to acquire permanent residency through the purchase of a first home.

Detailed information on this program can be found at https://www.amazonfinance.eu/en/service/legal/permanent-residency